How to Run a Successful Social Media Contest

View CMS Comparison
Read Time:
Don't have time? Download Now as a PDF
Running a social media contest is a great way to increase exposure for your business as well as really engage your followers. There are a 1,523,601 contests out there (yes...we counted) that you could run for your business, but the difference between a successful contest and an unsuccessful contest is within the execution and tracking.
You don't want to give something away for nothing. That's not the purpose of a contest. Here are our top tips to run a successful (and fun) social media contest...

The easiest way to have your contest fail is to be stingy with your prize, give away a prize just because it's easy or convenient, or to fail to do research on your followers to understand what they'd like to win. Take time to really think through your prize. Is it something that your personas (target market) would love to win? Can you see people really competing to win it?

Most social media contests can be run simultaneously on multiple social networks at one time, but that doesn't mean that it should be run on all of them. If you are appealing to one of your personas on Facebook and a separate persona on Pinterest, you should really think about if they would be interested in the same kind of contest and/or prize. The answer is often, NO. You need to understand who you're reaching on each network and what they actually look like.

Step 3: Engage throughout the contest

When people share your contest, engage with them. Thank them for sharing, wish them luck, whatever you do, ENGAGE! Contests aren't meant to be started and then forgotten about until you pick your winner. Have fun with it. If you're running a photo contest, comment on the photos. Engaging with your contestants is vitally important...it is after all, SOCIAL media.

You don't want to fall into a situation where your followers are upset after the contest is over because they weren't aware of your process or the rules of your contest. If you're only opening the contest to those 21 and over, that needs to be posted. If you're only giving your winner 24 hours to claim their prize or they forfeit it, that needs to be posted. Be very upfront about how the contest will  be run, when it will conclude, what the prize is, who is eligible, etc. Remove any controversy that could pop up from the start.

Step 5: Stick to your rules

Once you determine your rules, you have to stick to them. Don't open yourself up to controversy by going back on your word. One of the biggest errors we see is winners being picked in a way that is not posted such as picking the person with the highest number of friends/followers, picking the person that interacted the most (if it's not posted), etc. Be fair with your selection.

Show everyone that a real person won. How many of us have entered a giveaway or contest and wondered, "did anyone ever actually win that?"? Take that out of the equation by announcing your winner with a design that includes their profile picture (it should be in the rules that you will announce winners in this way). Plus it gives the winner (and their friends) reason to share/retweet/repin because their face is on it!

Creating a sign up form or some sort of call-to-action (CTA) is a great way to get some immediate value from the contest. Grow your database and nurture those leads by creating a sign up form in a Facebook tab or on a landing page. You get information, the contestant gets a chance to win a prize. WIN-WIN. And if your prize is good enough, they'll have no problem giving you that information.

People are lazy. Our attention span is very small and if something takes too long, asks for too much information, or has too many steps, we're likely to give up. We recommend against contests that require your participants to take multiple actions (ex. Like, Share, and Comment) because your engagement and involvement will suffer. Keep it simple and you'll see the best success.

Now that you've learned our top tips for running a successful social media contest, get out there and create something fun, engaging, and beneficial for your business and customers. 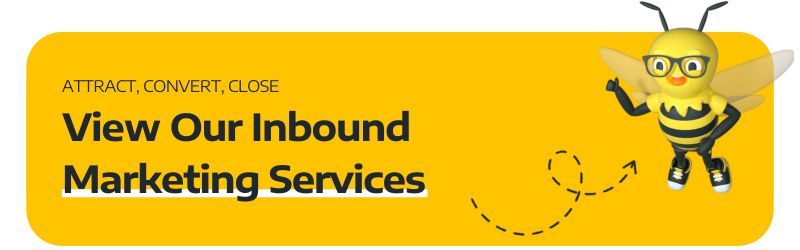